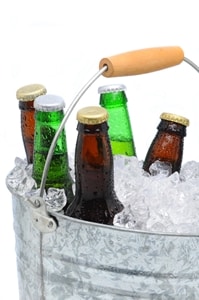 Car crashes are terrible tragedies that can change people's lives in the blink of an eye. In the event that one of your family members has died in an accident, you may have grounds to file a civil lawsuit and seek monetary damages in a court of law, as one Florida family recently did.

According to The Miami Herald, a civil jury recently awarded upwards of $15 million in damages to the parents of 23-year-old Emerson Kastenholz, a University of Miami graduate who was killed in a car crash on March 5, 2011.

The source reports that Carlos Lacayo — the drunk driver responsible for the accident, which resulted in the deaths of five people — vanished in September 2011 and has been a fugitive of the law ever since. He faces 75 years in prison for vehicular manslaughter. A lawyer hired by Lacayo's car insurance company purportedly represented him in court during the wrongful death trial.

"[Lacayo] couldn't run away from the civil justice system," said Edward Blumberg, the plaintiffs' lawyer, as noted by the news outlet.

If one of your family members has died as a result of a business or individual's reckless or negligent behavior and you live in Missouri, consider finding a personal injury lawyer in Kansas City as soon as possible. These experienced and locally based professionals can assess your claim, try your case in court and help you recover damages to which you may be entitled. This can be an effective way to gain closure and move forward from a tragic situation.