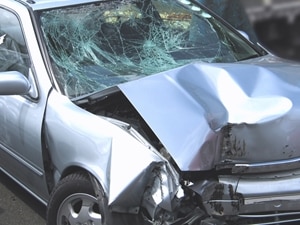 The parents of a 16-year-old Ohio boy who was killed in a car accident earlier this month have filed a wrongful death lawsuit against the person they hold responsible for the tragedy, reports Cincinnati-based news outlet FOX19.

The source reports that Damien Henderson was one of three passengers in 41-year-old Larry Molloy's car when Molloy lost control of the vehicle and crashed into a guardrail on I-275 in Amelia. Henderson, who wasn't wearing a seatbelt, was ejected from the rear window and died at the scene of the accident. Molloy and the two other passengers survived the crash.

Law enforcement officials have reportedly indicated that they believe Molloy was intoxicated and driving over the speed limit at the time of the incident. No criminal charges have been filed against him yet.

Henderson's parents said they filed the wrongful death lawsuit because they want to ensure that Molloy is held responsible for the death of their son.

"[Damien] didn't deserve this. I'm trying to stay as strong as I can because somebody has to be the voice for that little boy and it has to be us, his family," said the victim's mother, Kimberly Johnson, as noted by the news outlet.