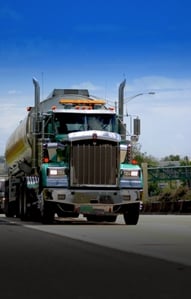 While there's nothing that can ever truly compensate for the untimely death of a loved one, there are steps family members can take to ensure that responsible parties are held accountable for their actions. If you have reason to believe that your loved one died due to another party's recklessness or negligence, you may have grounds to file a civil lawsuit, as one Oregon family recently did.

According to KGW-TV, a Portland news outlet, the parents of a 28-year-old bicyclist who was fatally struck by a semi-truck in downtown Portland in May 2012 have reached a $700,000 settlement with Delaware trucking company Golden State Foods Corp.

The source reports that Kathryn Rickson was crossing Southwest 3rd Avenue and Southwest Madison Street when the truck hit her and ran her over. She was rushed to a nearby hospital where she died.

Rickson had purportedly been riding in the bike lane with red and white lights flashing on her bicycle. The lawsuit claimed that the driver of the truck was negligent and that Golden State Food Corps. "didn't adequately train its drivers and didn't properly equip its trucks with blind-spot mirrors," states the news outlet.

If one of your family members dies as a result of another party's negligent or reckless behavior, you may have grounds to file a civil lawsuit and seek monetary compensation in a court of law. To get this process started, it's in your best interest to contact locally based personal injury attorneys in Kansas City immediately. These experienced professionals will work tirelessly on your behalf, helping you recover damages to which you may be entitled.