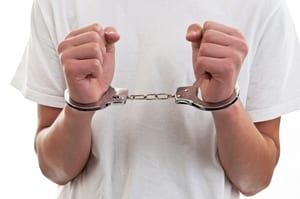 The parents of a Colorado girl who was sexually assaulted by her middle school math teacher are suing the Douglas County School District (DCDS), along with the former principal and assistant principal of Rocky Heights Middle School.

The teacher, 33-year-old Richard Johnson, pleaded guilty to charges of sexual assault and was sentenced to 20 years in prison. The parents' civil lawsuit claims the school's then-principal and then-vice principal ignored reports of abuse and failed to uphold their duties under Colorado's mandatory reporting laws.

According to the complaint, administrators first received indications of a potentially inappropriate relationship between Johnson and the 13-year-old girl during the 2010-2011 school year, when two students reported the rumors that were then circulating around the school. The school suspended the two students, required them to write letters of apology to Johnson and failed to alert the victim's parents to the possible abuse.

"Principal Dierberger, Assistant Principal McMurphy and others […] chose to ignore the reports of Mr. Johnson's predatory behavior toward [the student] and failed to take any other measures to protect [the student]," reads the lawsuit, as reported by ABC News affiliate The Denver Channel.

Johnson reportedly did not begin assaulting the girl until three months after initial reports of possible abuse. He was fired over a separate incident the following year, and was arrested a short time later.

If you or your family member has been the victim of sexual assault or abuse and you believe an individual or organization in Missouri is culpable, you may have the right to seek damages and should contact experienced Kansas City attorneys as soon as possible. The attorneys at Meyers Law Firm can assess your claim and help you recover any civil damages to which you may be entitled.