Parents of Vegas golfer who committed suicide suing her doctor 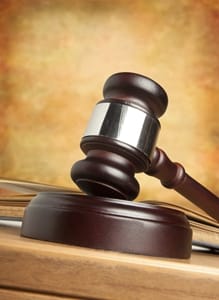 The parents of a young professional golfer are suing her former doctor and friend, saying they blame him for her suicide.

Erica Blasberg was 25 years old when she took her own life. Her parents say that physician Dr. Thomas Hess had an inappropriate relationship with Blasberg and failed to provide her with proper medical care.

The wrongful death and medical malpractice trial opened this week and is underway in Las Vegas. The Blasbergs are seeking unspecified damages.

The then-married Hess found Blasberg's body after she killed herself in 2010. A plastic bag was tied over her face and a variety of medications were in her body. Hess later pleaded guilty to a misdemeanor obstruction charge for removing a suicide note and prescription drugs from the scene. He denies that he and Blasberg had a romantic relationship.

''This is a case about a doctor who let his personal interest get in the way of his professional responsibility,'' family attorney Nick Crosby told the jury, as reported by Fox Sports. ''My clients' daughter died as a result.''

Hess was reportedly with the young golfer the night before she died. Records show Blasberg tried to call a phone belonging to Hess hours before she killed herself.

Blasberg was from Corona, California. She was twice named an All-American golfer. Her best professional performance came in 2008, when she finished eighth at a tournament in Hawaii.

If you lose a loved one in Missouri as a result of another party's recklessness or negligence, you may be entitled to damages and should immediately consult with skilled personal injury lawyers. The experienced Kansas City attorneys at Meyers Law Firm can represent your interests in a court of law.