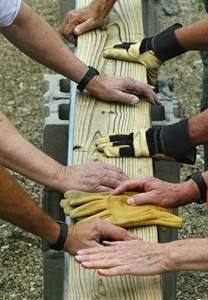 A Pennsylvania woman said that she was hurt by a drunk Lowe's Home Center employee during a shopping trip on May 7, 2011. According to The Pennsylvania Legal Record, a state news source, Francine Lombardo and her husband, Jerome Lombardo, submitted their complaint against the popular home improvement business on February 27 in the Philadelphia Court of Common Pleas.

The plaintiff claimed that on the date of her alleged injury, she was hit with an electric shopping cart that was filled with mulch. Mrs. Lombardo said the machinery was driven by a Lowe's worker who had clearly been drinking. She made this assertion after she reportedly noticed the employee smelled like liquor, was speaking unusually slowly and had glassy eyes.

A few other employees came over and took the electric shopping cart operator to another part of the store. The plaintiff said that she was left alone for a period of 15 minutes until the store manager approached her, gave her a bag of ice for her leg and encouraged her to seek medical treatment at a hospital.

The purported accident Mrs. Lombardo endured worsened a condition she was previously diagnosed with known as Complex Regional Pain Syndrome, which produces symptoms like a burning sensation in the limbs, skin and nerves.

The Lombardos are seeking $50,000 in damages in addition to lawyer and court fees.

If you live in Missouri and have suffered because of someone else's negligence, then you may want to consider finding a personal injury lawyer. These experienced and locally based professionals can assess your claim, try your case in court and help you recover damages you may be entitled to.