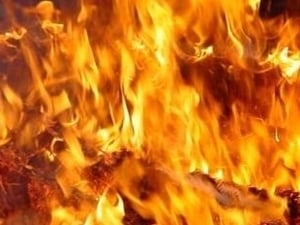 A Pennsylvania jury has awarded the family of a 39-year-old deceased woman $109 million after she was electrocuted for 20 minutes in 2009. According to sources like ABC News, Carrie Goretzka was outside her house in Allegheny County to see if trees had caught on fire in her backyard. While she attempted to dial 911, an overheated power line fell on top of her. The deadly accident happened in front of her 2 and 4-year-old children as well as her mother-in-law.

All three of them reportedly tried to rescue the victim but were injured in the process of doing so. They were forced to watch the 39-year-old burn to death. She was rushed to a local hospital but was pronounced dead three days later.

"We were in disbelief. You see these things like this on TV and you read about them in the paper but when it happens you can't believe this is your family that it happened to," the victim's brother-in-law, Chuck Goretzka, said in a statement to ABC News.

In the wrongful death lawsuit that was filed, the victim's husband, Michael Goretzka, alleged that the power company failed to train its workers on how to use a wire brush. These devices are used to wipe away debris from power lines to prevent them from getting too hot and falling.

"I'm gratified by the verdict. But I remain very concerned about the public safety issue of First Energy's power lines falling. This dangerous situation must be fixed," the plaintiff's personal injury attorney Shanin Specter said in a statement to the media outlet.

If you live in Missouri and have lost a family member because of a business' negligence, you may want to consider finding a personal injury lawyer who will work hard on your behalf. The experienced attorneys at The Meyers Law Firm will assess your claim, try your case in court and help you recover damages you may be entitled to.