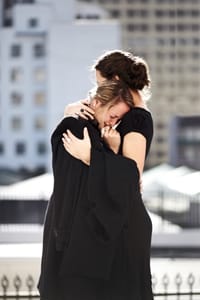 Summer in Philadelphia got off a tragic start this year when a four-story downtown building that had been scheduled for demolition accidentally collapsed onto a neighboring Salvation Army thrift shop. The disaster resulted in six deaths and 14 injured parties. Earlier this month, the first wrongful death lawsuit in this case was filed, opening the floodgates for families of other victims to begin their own litigation. Now, the Philadelphia city treasurer, after meeting with injury attorneys, is filing a wrongful death suit for the loss of her daughter, who was among the casualties.

CBS 3 Philly, a local news affiliate, reports that City Treasurer Nancy Winker lost her 24-year-old daughter, Anne Bryan, in the Center City building collapse. In response, Winkler and her husband filed a wrongful death lawsuit on Tuesday, September 17. The tragedy of the death of their daughter, a Pennsylvania Academy of Fine Arts student, was compounded by the new revelation that the demolition contractor and Salvation Army – among 17 other named defendants – had exchanged emails prior to the disaster, indicating that they were aware of the risk of such a calamity.

"Our grief has been made more difficult by the revelation in these emails that have been released that the accident was entirely avoidable and in fact predicted," husband Jay Bryan told the press.

No amount of financial restitution can ever compensate for the loss of a loved one but that doesn't mean such an incident should go unanswered for either. Individuals in the Kansas City area that have incurred such losses are encouraged to meet with local Kansas City attorneys about what recover damages a wrongful death suit may entitle them to.