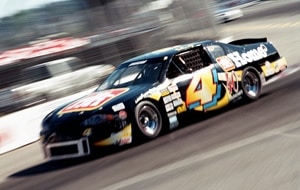 The widow of Roger Rodas is suing Porsche over the accident that killed her husband and his friend, movie star Paul Walker. Kristine Rodas filed the wrongful death lawsuit against Porsche Cars North America on Monday, May 12, saying that the 2005 Porsche Carrera GT her husband was driving when he died lacked proper safety features. The lawsuit alleges that design flaws in the car's suspension system, crash cage and fuel tank caused the deaths of Walker and Rodas.

The Los Angeles County Sheriff's Department previously concluded that Rodas was driving at speeds of more than 90 miles per hour when he crashed, but the lawsuit disputes that finding. Rodas' attorney, Mark Geragos, said he hired top investigation experts who found that the Porsche was actually going just 55 miles per hour at the time of collision.

''The Carrera GT was unsafe for its intended use by reason of defects in its manufacture, design, testing, component and constituents, so that it would not safely serve its purpose,'' the lawsuit states, as reported by the Associated Press.

According to the Los Angeles Times, Porsche was sued over the Carrera GT in 2005, after two men died in a crash at California Speedway. Porsche reportedly contributed 8 percent of a $4.5 million settlement.

If you have lost a family member as a result of another party's recklessness or negligence, it may be within your legal rights to file a civil lawsuit and seek damages on behalf of your loved one. Contact the experienced, aggressive Kansas City attorneys at Meyers Law Firm. We'll provide an initial consultation to assess your claim and discuss damages to which you may be entitled.