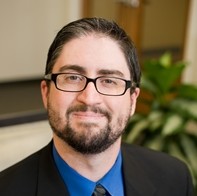 R. Patrick Neal has been with The Meyers Law Firm since March 2013 and brings with him two years of paralegal experience. He was previously employed at Cohen, McNeill & Pappas, where he specialized in various forms of debt law.

Pat received a Bachelor of Science degree in broadcasting and film from the University of Central Missouri in December of 1999. He also received a Paralegal Certificate with Highest Honors from Johnson County Community College in 2012. He is a voting member of the Kansas City Paralegal Association.

Competent in many aspects of the legal field, Pat assists the firm's lawyers with jury selection, coordinating witness appearances, organizing and tracking exhibits and preparing video testimony. He is also responsible for database organization. In the office, Pat assists the firm's attorneys with almost all aspects of case preparation and scheduling. This includes client communications, case investigation, document research and assembling discovery responses.

Pat is married to Amy Neal, the Managing Editor of the Liberty Tribune newspaper. They have a 4-year-old daughter named Sadie.