Retirement home must pay victim’s family half a million dollars 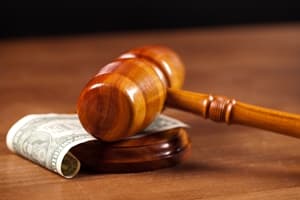 A jury ordered an Ohio retirement home to pay $500,000 to the family of Luella Edge, an 80-year-old resident who died after going missing in 2010. Edge had been a resident at the Country Club Retirement Center in Bellaire, Ohio, for just one day when she disappeared. The jury determined that the facility was liable in Edge's death.

Four years ago, Edge went missing shortly after moving into her new room. Numerous search parties were unable to find her.

"[Over a period of a couple weeks], we gathered deputies on horseback, search dogs, department personnel and two helicopters," said Belmont County Sheriff Fred Thompson, according to the Wheeling News-Register, a local newspaper outlet. "We concentrated on an area heavily covered by dense woods and rugged terrain."

Seven months after Edge went missing, a civilian search party found her remains just 600 yards from the retirement home. Local CBS affiliate WOWK-TV reports that a pathologist who testified at the wrongful death trial attributed Edge's death to exposure, dehydration and starvation. He said she likely suffered from hypothermia as well.

Officials have said they believe Edge climbed out of her window the night she disappeared. According to the Times Leader of Martins Ferry, she was last seen watching television during an official check at 4:45 p.m. During the next check, at 6:30 p.m., she was no longer in her room.

If one of your loved ones has died as a result of negligent behavior on the part of an individual or institution in Missouri, you should contact an experienced, aggressive personal injury attorney as soon as possible. The Kansas City attorneys at Meyers Law Firm can assess your claim and help you recover any damages to which you may be entitled.