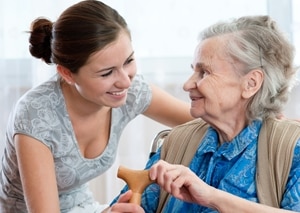 A wrongful death lawsuit has been filed against a San Antonio, Texas, nursing home, alleging gross negligence was responsible for the deaths of seven of the home's occupants.

Local news affiliate FOX 29 reports that the families of the seven victims had discovered their loved ones had been suffering from extremely poor living conditions in the Casa Rio nursing home, resulting in diseases, pain and other contributors to their demise. One of the women who passed away while at Casa Rio had suffered a severe ear infection and was discovered to have maggots crawling around inside her ear.

"And they still don't know the source of the maggots, but the mother came in, tried to get the nursing home to send her to the hospital. They refused, and she actually had to call EMS herself," one attorney tells the news outlet. "[Other residents were] left soaked in urine and feces in their beds for hours and hours and hours at a time."

The victims' families charge Casa Rio with gross negligence that left their loved ones to die in extreme suffering.

This was not the first instance of such accusations levied against Casa Rio. FOX 29 discovered the building's record includes four Level 4 deficiencies, indicating that "a resident's health or safety was put in immediate jeopardy." Additionally, Casa Rio is already contending with two other separately filed wrongful death lawsuits.

This kind of negligence and lack of care is inexcusable, particularly when we entrust facilities like nursing homes to care for our elderly loved ones in their twilight years. If you have lost a relative to what you believe are similar circumstances, contact The Meyers Law Firm today for expert, Kansas City-based injury attorneys that can fight for the restitution you may deserve.