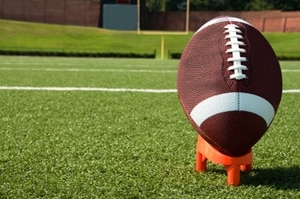 Earlier this week, a settlement was reached in a wrongful death lawsuit that had been filed against the Kraft Group, the company that owns Gillette Stadium in Foxborough, Massachusetts.

According to the Boston Herald, 20-year-old Milton resident Debra Davis was killed in an accident on Route 1 in Wrentham on July 26, 2008, after attending the New England Country Music Festival at the stadium. The 19-year-old driver also died and another 20-year-old passenger survived the crash.

Following the incident, Davis's parents filed a wrongful death lawsuit, claiming that the Kraft Group failed to "properly police Gillette's parking lots for underage drinkers and party crashers during the concert," states the news outlet. Davis and her friends had allegedly spent the day drinking in the parking lot before leaving the stadium.

The plaintiffs had reportedly been seeking $2.5 million, although the terms of the settlement haven't yet been disclosed.

"We waited a long time, and we're happy it's come to a close," said the victim's mother, as noted by The Boston Globe. "It's been five years of pain and suffering."

In the event that one of your family members has passed away and you have reason to believe that another party was at fault due to recklessness or negligence, you may have grounds to file a civil lawsuit and recover monetary damages in a court of law. Although nothing can truly make up for the death of a loved one, holding the responsible party accountable can provide the closure you need.

To discuss your options and get this process started, contact skilled personal injury lawyers in Kansas City today.