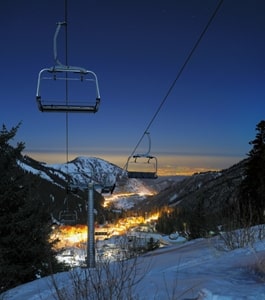 Heavenly Mountain Resort in South Lake Tahoe, California, recently reached a settlement with a family who had filed a wrongful death lawsuit following an August 2009 tragedy.

According to the Tahoe Daily Tribune, 51-year-old Mark Dickson fell 40 feet to his death when a 6,200-foot rope from a nearby zip line broke loose and became entangled in the chair lift he was riding in. The plaintiffs, Dickson's wife and two stepsons, claimed that Heavenly was negligent in its choice to run the zip line in spite of dangerously strong winds exceeding 30 miles per hour. They also alleged that the chair lift was unattended at the time of the incident. The news outlet reports that the plaintiffs' personal injury attorney, Jason Sigel, called this "one in a litany of safety failures that led to Mark's death."

It is unclear how much money the plaintiffs were awarded as a result of the settlement.

"The Dickson family all felt the monetary aspect was secondary, something that won't bring Mark back," said Sigel, as noted by the source. "They were much more concerned with being able to hold Heavenly accountable, and are pleased with having been able to do that."

Are you a Missouri resident who has lost someone you love due to an individual or business's negligence or recklessness? If so, you owe it to yourself to find a personal injury attorney who will give you the care, attention and compassion that you deserve. These experienced professionals have the knowledge and skill set required to assess your claim, try your case in court and help you recover damages you may be entitled to.