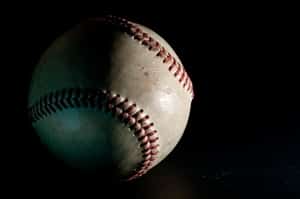 A former New Jersey high school baseball coach who is accused of engaging in sexually explicit conversations with his players will pay $275,000 to the estate of one player who committed suicide.

The settlement came after the family of Andrew Clark filed a wrongful death lawsuit against former coach Bart McInerney, St. Rose High School and the Diocese of Trenton, alleging that emotional trauma led the 18-year-old to kill himself. Prosecutors say McInerney sent sexually graphic text messages to his teenage baseball players, and encouraged them to engage in inappropriate conversations.

Clark was slated to testify against McInerney in 2008 when he committed suicide by jumping in front of a train. A dozen other former players did testify at the trial, and McInerney was convicted of 10 counts of child endangerment.  In 2010 he was sentenced to 18 years in prison, but his conviction was overturned after an appeals court determined that the jury received inadequate instructions. McInerney is currently awaiting a new trial.

Another defendant, Mark D'Onofrio, will pay $150,000. Family attorney Kevin Parsons told the APP that the night Clark died he went to a party at D'Onofrio's house, where he consumed alcohol. The settlement totals $900,000, to be paid to Clark's estate.

If you lose a loved one in Missouri as a result of another party or institution's recklessness or negligence, you may be entitled to damages and should immediately consult with experienced personal injury lawyers in Kansas City. The professionals at Meyers Law Firm can aggressively represent your interests in court.