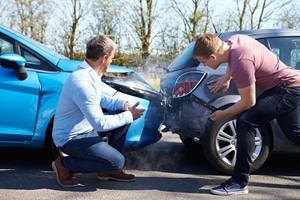 Dario Correa, 38, of Hartford, Connecticut, recently won his lawsuit against Miguel Rodriguez, 28, also of Hartford, following a traffic accident in which Correa's back was injured. According to the Connecticut Law Tribune, Correa was assessed at a 6 percent permanent partial disability rating for injuries to his mid-back, as well as lower back and neck, with lingering neck pain following the incident. Despite his injuries, Correa has continued working and playing baseball in a limited capacity.

According to the news source, the defense focused on claims that Correa was intoxicated at the time of the incident, though no blood alcohol test was administered.

"They alleged that my client had been drinking and was operating under the influence of alcohol because he stated to the ambulance attendant and at the hospital that he had a drink that night," Correa's lawyer told the source. "My argument to the jury was that it's only illegal to operate your vehicle at above .08. Having one drink and operating a vehicle is not illegal."

If you or your family member has been the victim of an accident, and you believe that the other party is to blame, you may have the right to seek damages and should contact experienced personal injury lawyers as soon as possible. Call the free consultation lawyers of The Meyers Law Firm for an assessment of your claim and a chance at recovering any civil damages to which you may be entitled.