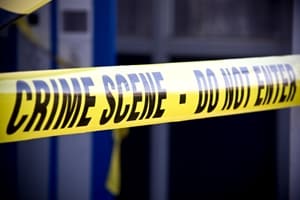 A deadly shooting at the Macon, Georgia, nightclub Wings Cafe last month left three patrons dead and three others wounded. Now, the venue's owner is facing a wrongful death lawsuit from one of the victim's widows.

Local NBC affiliate WMGT-41 reports that the lawsuit holds the club's owner responsible for "inadequate security measures" that led to the death of the plaintiff's husband, as well as the five other casualties. The complaint calls for the owner to pay damages for the woman's emotional distress, the victim's medical costs and the "total value of [the victim's] life."

"The family has filed a lawsuit in the Bibb County State Court seeking compensation for the untimely loss of life they have endured, and for the pain, suffering, lost wages and medical expenses that [the deceased] suffered for the six days he survived the acts of violence that took his life," the family's attorney said in an official statement. "These [security] failures cost three lives […] and the family is taking steps to protect its rights through the civil justice system."

According to the news outlet, the Wings Cafe owner would be willing to settle with the family for $2 million. It was not disclosed what amount of damages the family is seeking, or whether any of the other victims or victims' families will also be seeking legal recourse against the club.

The untimely death of a loved one is never easy to get over, but particularly when the tragedy is brought on by the negligence of a third-party. If you have suffered such a loss and need to find a personal injury attorney to take on your case, reach out to The Meyers Law Firm. Our expert lawyers will deftly manage your case in court and fight for any damages you might deserve.