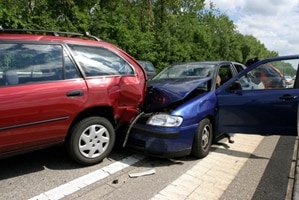 Car accidents are horrible tragedies that can happen in the blink of an eye, leaving people seriously injured or worse. While nothing can ever truly compensate for the untimely death of a loved one, family members of car crash victims may have the opportunity to file a civil lawsuit against the party responsible for the crash and recover monetary damages. This is one way to gain some closure and move forward following such an event.

According to WFMJ TV-21, an Ohio news outlet, the son of an elderly couple killed in a car accident in Youngstown has filed a wrongful death lawsuit against the driver of another vehicle involved in the crash.

The source reports that 87-year-old Kenneth Stoner and 83-year-old Dolores Stoner of Newton Falls were driving along I-76 in June 2013 when they slowed down to avoid construction taking place on the highway. A sport utility vehicle driven by Lynn Berger of Pennsylvania collided into the back of the couple's car, killing them and injuring their son and daughter-in-law.

The plaintiff — the couple's son, Kenneth — is reportedly seeking upwards of $450,000 in damages.