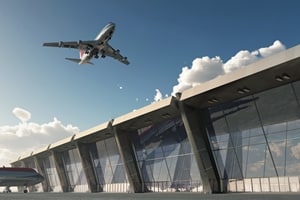 After a financial analyst died on a Southwest Airlines flight last year, his widow is suing the airline and the plane's crew for acting negligently and contributing to his demise.

CBS News reports that the 46-year-old brokerage firm founder had been flying home to California on Southwest Airlines last September when he suffered a pulmonary embolism in the plane's bathroom. After he collapsed, one crew member managed to push open the bathroom door and discovered the man "groaning and crying." Rather than treat him with medical attention, though, the flight attendant left him there and crew members called in the situation as an unruly passenger, rather than someone in need of care.

That's why, according to the news source, when the plane finally landed, Orange County Sheriff's Department officers evacuated the entire flight before dealing with the victim, and only then did they actually call in paramedics.

The man's widow, who herself works as a flight attendant for Southwest, said that her husband could have been saved if the crew members had helped him on the spot rather than misreport him as an out-of-control passenger.

"The paramedics should have met the aircraft [rather than be called after the fact]. Absolutely. Absolutely. And he would be here today," the widow tells CBS News. "Somebody that's head is down and there's no communication is somebody that's in distress, that needs help. That doesn't need a police officer. They need paramedics."

In an emailed statement, Southwest said that because the crew was unable to fully open the bathroom door, they couldn't accurately determine that the man was in need of medical attention.

The amount of damages being sought from Southwest in the wrongful death complaint was not disclosed.

If you've lost a loved one one to what you believe was another party's negligence and need help finding a personal injury lawyer that will fight on your behalf, contact The Meyers Law Firm.