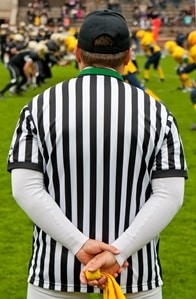 St. Louis Rams wide receiver Kenny Britt is being sued over an incident at a Tennessee night club in 2010. Harold Pointer is seeking at least $100,000 in damages, claiming assault and battery. According to Courthouse News Service, the lawsuit also names Bradford Miser, a friend of Britt's who was with him at Karma Lounge in downtown Nashville at the time of the alleged attack, and the company that owns the night club for alleged negligence in providing an inadequate security presence.

Pointer claims he was the subject of unprovoked aggression from the National Football League (NFL) player, who appeared to mistake him for a different man he had been fighting with earlier in the evening.

"Miser approached Pointer, without any provocation, and struck him on the head, knocking him to the floor, where the two wrestled while Pointer tried to defend himself," the complaint states, as reported by Courthouse News. "While Pointer was still on the floor, with Miser on top of him, Britt approached Pointer and struck him on his head repeatedly."

At the time of the alleged altercation, Britt was playing for the Tennessee Titans. He joined the Rams this year as a free agent, signing a one-year, $1.4 million deal.

If you believe you or your family member was the victim of injury in Missouri because of another person's actions or negligence, you may have the right to seek compensatory and/or punitive damages. You should contact experienced personal injury lawyers as soon as possible to review your case. The Kansas City attorneys at Meyers Law Firm can assess your claim and help you recover any civil damages to which you may be entitled.