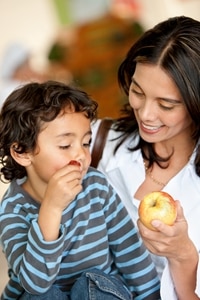 A wrongful death lawsuit has been filed against Publix Super Markets Inc., accusing the chain of negligently mislabeling a cookie that resulted in a fatal allergic reaction in an 11-year-old Alabama boy.

USA Today reports that the Sterrett, Alabama, family had been shopping at a Publix supermarket in Clarksville when the boy bought a cookie sold there that had not been properly marked as containing food allergens. The bakery counter selling the cookie did not have any signs indicating the inclusion of tree nut allergens in the cookie, nor was there any evidence that the cookie had been cross-contaminated with allergens, according to the lawsuit. Even more troubling was that the family asked a store associate directly if there were any tree nut allergens in the cookie and they were told it didn't.

Once the family returned home, the boy took three bites out of the cookie when he began feeling a burning sensation in his mouth. The family soon realized that the cookie did in fact contain walnuts and quickly administered Benadryl and an epinephrine pen, but unfortunately they were unable to reverse the allergic reaction.

"Despite receiving various medications, [the boy's] condition worsened and he became unconscious," USA Today writes. "His throat swelled while en route to Vanderbilt University Medical Center. Doctors tried without success to resuscitate him."

After the young boy passed away, the family filed a wrongful death complaint against Publix, alleging that the store's mislabeling and own lack of awareness on which of their products contained certain food allergens directly contributed to their son's death. The lawsuit seeks damages for mental and emotional suffering, in addition to other punitive damages.

If you've lost a loved one due to a third party's apparent negligence, schedule an appointment with an accident attorney at The Meyers Law Firm to discuss your legal options.