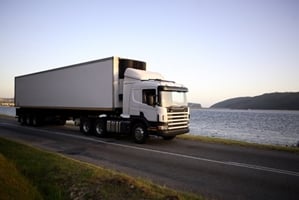 A 13-year-old girl from California has been awarded upwards of $150 million in damages in a wrongful death lawsuit she filed following a car crash that killed her immediate family members in 2009.

According to The Associated Press, Kylie Asam and her brother, Blaine — who was 11-years-old at the time of the accident and has since committed suicide — watched their parents and older brother die after their sport utility vehicle struck an 18-wheeler that was parked along the highway and became trapped underneath it.

The lawsuit alleged that Rudolph Ortiz, the truck driver, had been negligent in his decision to park "on the side of the freeway in the early morning darkness without leaving on any light or emergency reflector," notes the news outlet. Ortiz and his employer, Bhandal Bros. Trucking, were both named as defendants in the lawsuit.

"The verdict included $8.75 million the jury awarded to Blaine, who committed suicide on his mother's birthday, before the trial began," states the source. "That money will go to Kylie as her brother's successor-in-interest, but all of the award will be placed in a trust until she is 18."

In the event that your loved one dies due to another individual's negligent behavior, it may be in your best interest to file a wrongful death lawsuit. In this kind of scenario, you owe it to yourself to find Kansas City attorneys who will provide you with the compassion and support you need to get through this difficult process. These experienced professionals can assess your claim, try your case in court and help you recover damages to which you may be entitled.