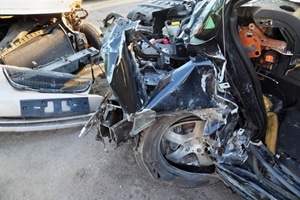 A wrongful death lawsuit against a Texas nursing home company has resulted in over $16 million in damages awarded to one family for a fatal drunk driving accident.

The Star-Telegram, a local news publication, reports that in August 2013, an employee of the Southlake, Texas, nursing home company Senior Living Properties was driving home when she crashed into another car on Texas 36, between Gatesville and Hamilton. The other car's 37-year-old driver was killed in the collision, and three of his family members who were in the vehicle at the time were also injured.

The driver allegedly responsible was found to be intoxicated at the time of the crash. The family's subsequent wrongful death lawsuit named both the employee in question and Senior Living Properties as defendants, accusing the latter of both allowing the woman to drive drunk that day as well as neglecting to fire her months earlier "when she had previously shown up for work intoxicated."

After five hours of deliberation, jurors decided that the driver was 35 percent at fault for the accident, with the remaining 65 percent was placed on Senior Living. Consequently, the victim's family was awarded $16.7 million compensation, of which $5 million were for punitive damages.

"The jury's verdict sends a message to Senior Living Properties, LLC and hopefully others that companies who have the privilege of doing business in our communities must also accept their responsibilities to protect the public's safety," wrote the family's attorney in an emailed statement. "It would have been a very simple thing to prevent this employee from driving. Instead, Senior Living Properties […] chose to disregard its policies and its basic obligations to protect the public because they didn't pay their nurse aides well, they were understaffed and they wanted to have this employee return to work another day."

If you've suffered an untimely loss like this and believe another party's negligence is to blame, set up an appointment with the free consultation lawyers of The Meyers Law Firm to discuss what steps you should take next.