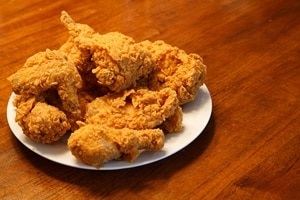 There's nothing sadder than the untimely death of a loved one — particularly when you know it could have been prevented if another party hadn't acted negligently or recklessly. If you've lost a family member under these circumstances, it may be within your legal rights to file a civil lawsuit, which you can do with the assistance of a locally based accident attorney.

According to News Channel 25 in Central Texas, Killeen resident Angela Scurry has filed a wrongful death lawsuit against the Bush's Chicken restaurant chain following the death of her husband, Morris.

The source reports that Morris ate chicken from the establishment on November 27, 2012, and became violently ill later that night. He was rushed to the hospital, where doctors diagnosed him with "an infection caused by the Campylobacter bacteria," states the news outlet.

A few weeks later, Morris purportedly died from complications related to the infection, which the plaintiff's accident attorney says is caused by consuming undercooked poultry.

"The suit claims that [this] particular Bush's restaurant has had a series of problems with food storage," notes the source.

The plaintiff is reportedly seeking actual and punitive damages.

While nothing can ever truly make up for the death of a family member, taking legal action against responsible parties is one way to gain the closure you deserve. If someone you love has died and you would like to file a civil lawsuit, contact personal injury lawyers in Kansas City today. These experienced professionals can assess your claim, try your cases in court and help you recover damages to which you may be entitled.