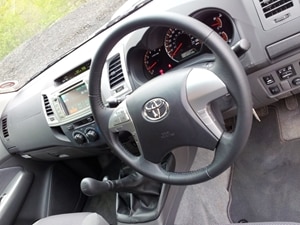 Although Toyotas are, for the most part, reliable and very safe cars, the vehicle manufacturer, which is based in Japan, made the decision to recall 10 million of their autos between 2009 and 2010 for jammed accelerator pedals. This defect caused unintended acceleration, which led to hundreds of personal injury lawsuits being filed in the United States. One of the complaints was filed by two sets of parents whose children, an engaged couple, lost their lives in 2010 after their Toyota Camry slammed into a wall.

The plaintiffs’ lawyer, Mark Robinson, revealed that his clients have reached a settlement with Toyota, but did not comment on what the terms were. Had an agreement not been reached, the trial would have began in mid-February and was set to take place in Santa Ana, California, where other cases have been submitted.

Over the past three months, the vehicle-maker has reportedly resolved at least two more personal injury lawsuits stemming from unintended acceleration. Toyota has said it would pay upwards of $1 billion to men and women who owned the Japanese automobile as well as investors.

“We sympathize with anyone in an accident involving one of our vehicles,” Toyota said in a written statement, “however we continue to stand fully behind the safety and integrity of Toyota’s Electronic Throttle Control System, which multiple independent evaluations have confirmed as safe.”

If you have suffered because of someone’s else’s negligence and live in Missouri, you may consider finding a personal injury lawyer who will work hard on your behalf. The attorneys at The Meyers Law Firm are not only experienced professionals, but will also assess your claim, try your case in court and help you recover damages you may be entitled to.