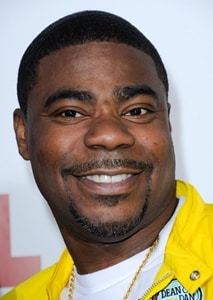 Last June, while returning home from a show in New Jersey, stand-up comedian Tracy Morgan's limousine was struck by a Walmart truck on the New Jersey Turnpike. The crash left Morgan seriously injured, brain damaged and hospitalized for over a month. One of his passengers, fellow comic James McNair, was killed in the wreck. The tragedy prompted Morgan and McNair's family to file separate lawsuits against Walmart. Now nearly a year since the incident first occurred, both cases have been settled.

Both suits claimed that the Walmart truck driver had been awake and on the road for over 24 straight hours before the accident occurred, and that Walmart "knew or should have known" better to have him behind the wheel at the time. The litigation also alleges that Walmart "had a custom and practice of recklessly and intentionally allowing its drivers to drive for prolonged and unreasonable periods of time." Keeping drivers awake and on the road for this extended length of time reduces reaction time and impairs judgment, which can sometimes result in tragic consequences, as it did here.

Following the crash, Morgan filed a personal injury claim against both the driver and the retail company, while McNair's family launched a wrongful death lawsuit. In the time since, the truck driver has been charged with one count of death by and four counts of assault by auto. While the driver had filed to have Morgan's civil suit delayed on the grounds it would harm his criminal case with McNair's family, that claim was rejected. Instead, Walmart has now reached a settlement with Morgan's civil suit.

"Walmart did right by me and my family, and for my associates and their families," Morgan said in an official statement. "I am grateful that the case was resolved amicably."

Earlier this year, the family of James McNair also reached a settlement in its wrongful death case. According to entertainment news source The Wrap, the retailer had agreed to pay McNair's children $10 million in damages for the death of their father.

"We deeply regret the loss of Mr. McNair as a result of the accident. Walmart worked closely with his family to ensure their well-being," a company spokesman said in an official statement. "Walmart will continue to work to conclude all of the remaining issues and we're committed to doing what's right."

If you've been seriously hurt or lost a loved one because of a third-party's negligence and need an accident attorney to take on your case, reach out to The Meyers Law Firm. Our expert injury lawyers will review your claim and determine your next steps for legal action and potential damages.