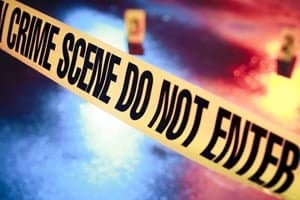 Wrongful death is a term legally distinct from the other classifications of activities that cause the death of another person. As opposed to murder or manslaughter, wrongful death is a purely civil designation and, unlike those other classifications, doesn’t carry with it a penalty of imprisonment. Rather, it allows the estate or family of a person who died to seek justice from those who caused the death in the form of a lawsuit.

If someone you were close to died as of the result of any of the following situations, you may be able to recover damages:

“Wrongful death is legally distinct from classifications like murder or manslaughter.”

The victim is intentionally killed
Even if the perpetrator has been cleared of criminal charges, they may still be held accountable in civil court for a wrongful death. A notable example of this is the deaths of Nicole Brown Simpson and Ronald Goldman, where, in spite of OJ Simpson being declared not guilty in the criminal case, the court ruled Mr. Simpson accountable for their intentional deaths in the civil case.

Negligence resulting in death
Just because a death wasn’t the result of intentional malice or violence doesn’t mean that the defendant isn’t accountable. These situations may include any situation ranging from a car accident that could have been prevented, to poorly maintained and hazardous facilities, to a company that unintentional included a toxic substance in their product. In each case, the defendant would have reasonably been expected to avoid the situation that resulted in a death had they the foresight to do so, but the lack of diligence paid to safety and reasonable checks could find them answerable to the death.

Medical malpractice
A doctor who is negligent, fails to diagnose the proper illness or is careless in administering care resulting in death can be named in a wrongful death lawsuit. If the doctor in particular had a history of malpractice and the medical facility they work for failed to act, the facility can also be named in the suit.

The estate of the victims of wrongful death are entitled to sue any entity responsible for the death of their loved ones, including persons, companies and governmental agencies. However, some government agencies and employees are exempt from and protected against wrongful death claims. This immunity varies state to state.

The Meyers Law Firm understands the pain that comes from losing someone you love. Our personal injury attorneys are committed to doing everything we can to put your mind at ease and help you recover damages you may be entitled to for your suffering. If you or someone you love is involved in an accident, give our personal injury attorneys a call at (816) 994-3240 or email us at thefirm@meyerslaw.com.