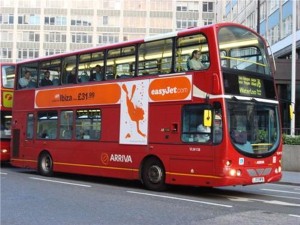 After a 76-year-old woman was hit by a Megabus in Chicago on August 6, the victim's family filed a lawsuit on August 10 against the company and the coach's driver for negligence. According to news sources, the woman who died was Donna Halstead. She lost her life after being knocked to the ground by the bus' side mirror, which was attempting to make a left-hand turn at Adams and Canal streets.

During a news conference on the day the suit was filed in Cook County Circuit Court, Halstead's son and daughter, voiced their opinion about how dangerous it was to have large buses driving through crowded pedestrian-filled areas.

The victim's daughter, Mary Beaver, accused the bus driver of failing to yield the right of way to a pedestrian.

"It's possible if the pedestrian is walking across the street at the same pace the bus is turning, the bus driver may not see that person," the plaintiff's accident attorney, Daniel Kotin said, according to the Chicago Tribune. "For that reason, special training is needed."

This isn't the first time that Megabus has been under fire after an accident. After an August 2 Megabus crash, Illinois Governor Pat Quinn asked agencies throughout the United States to investigate Megabus' safety record and practices.

Earlier this week, the company agreed to pay $5.1 million to a 63-year-old man's family after he was hit by one of the coaches in February 2010 and died.

If you have been involved in an accident and live in Missouri, you may benefit from a consultation with a personal injury attorney in Kansas City. These experienced and locally based professionals can assess your claim, try your case in court and help you recover damages that you may be entitled to.