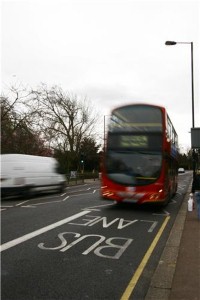 Since the August 2 MegaBus crash in Illinois, which left more than 20 people seriously injured and a University of Missouri Graduate School student dead, an increasing number of reports are surfacing regarding decisions to bring personal injury lawsuits against the coach company.

Most recently, passengers Michael Murphy and his daughter have decided to pursue legal action. They are seeking monetary damages totaling $450,000.

According to the Chicago Tribune, the plaintiffs' complaint declares they endured "personal, permanent and pecuniary" injuries and were “witnesses to traumatic and fatal injuries and were caused to experience severe emotional distress."

Although the deadly accident is still under investigation, CBS Chicago revealed that a defective tire was probably responsible for the crash.

"I knew what (that) sounded like because on my ride up to Chicago two days ago (from Kansas City), there was a tire that went on that bus also. Same front tire. [It was] a really huge collision, and when I kind of came to my senses, I looked around and it was horrible," said passenger Zaq Hall. "There were people in the aisles, laying there. Most people had some sort of blood on their face. It was pretty intense," he told CBS' Chicago radio station.

The date when the case will go to trial is still unknown.

If you live in Missouri have been involved in an automobile accident that has caused you to endure injuries, you may benefit from a consultation with a lawyer in Kansas City. These experienced and locally based professionals can assess your claim, try your case in court and help you recover damages that you may be entitled to.