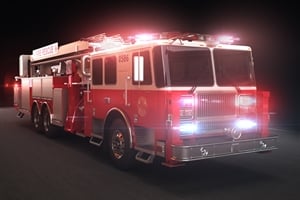 There's nothing that can ever truly compensate for the untimely death of a loved one. However, if your family member has died as a result of another party's recklessness or negligence, you may have grounds to file a civil lawsuit and seek damages, as one Missouri woman has recently done.

The Columbia Daily Tribune reports that the widow of a Columbia firefighter who was fatally crushed when a concrete walkway collapsed at the University of Missouri has filed a wrongful death lawsuit against the school's Board of Curators.

According to the source, firefighters and police officers responded to reports of a partial building collapse at the University Village residential apartments on February 22. The victim, Lt. Bruce Britt, was standing on a concrete walkway attempting to get residents out of the building when the structure collapsed, crushing him to death.

The news outlet reports that typically professional rescuers must abide by the "fireman's rule," which bars firefighters and police officers—as well as their loved ones—from collecting on damages that occur in the course of their duties. However, the accident attorney representing the plaintiff has indicated that this particular case is different.

To determine if you have grounds to file a wrongful death lawsuit in Missouri, it is in your best interest to find skilled personal injury lawyers in Kansas City as soon as possible. These experienced professionals can assist you through the complex legal process and help you recover damages to which you may be entitled.