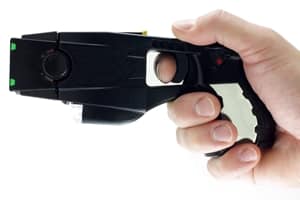 If one of your loved ones has died as a result of another person's actions, a criminal lawsuit may not be your only chance at getting the justice you deserve. You may also be able to file a civil lawsuit with the help of an accident attorney, as one Oregon woman has chosen to do.

According to The Oregonian, 53-year-old Donald Dennis died in April 2012 after getting into a fight with his colleague, 39-year-old Jonathan Lund, while the two men were intoxicated. The news outlet reports that Portland police officer Dionisio Morales responded to the incident and fired his Taser gun at Dennis immediately, leaving him incapacitated. This purportedly gave Lund the opportunity to smash Dennis's head into the floor and punch him. He died several days later as a result of his injuries.

In response to the incident, Dennis's widow has filed a wrongful death lawsuit against Lund, Morales and the City of Portland.

"The suit claims Morales was not adequately trained and should have called for cover officers before entering the home," reports the source. "The suit contends the officer's use of the Taser against Dennis left Dennis incapable of defending himself against Lund […] The officer should have waited for cover officers to respond to break up the fight without the use of a Taser."

Additionally, the suit alleges that Lund gave Dennis too much alcohol leading up to the altercation.

Are you a Missouri resident who has lost someone you love due to an individual's negligent or reckless behavior? If so, you owe it to yourself to find a personal injury attorney who will give you the care, attention and compassion that you deserve. These experienced professionals have the knowledge and skill set required to assess your claim, try your case in court and help you recover damages to which you may be entitled.