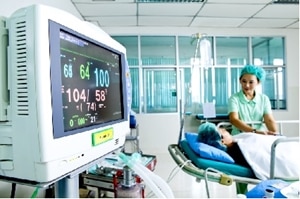 The widow of a Bar Harbor, Maine, man who died after undergoing heart bypass surgery at Eastern Maine Medical Center in November 2010 was recently awarded $1.1 million in a wrongful death lawsuit, reports the Bangor Daily News, a regional news outlet.

According to the source, 63-year-old Thomas Haskell experienced complications following a procedure for which he had been given a good prognosis, and died four days after the surgery. In the lawsuit, his widow alleged that Dr. Francis DiPierro and Dr. Felix Hernandez were negligent in their care of Haskell, purportedly failing to give him enough blood to replace the amount he was losing. She claimed that the hospital failed to follow guidelines that dictate when a patient should receive a blood transfusion.

The jury determined that Hernandez, who administered treatment following the heart bypass surgery, was negligent, but they concluded that DiPierro and the hospital were not to blame.