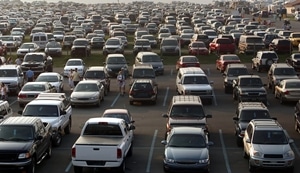 The widow of a 30-year-old Hoboken, New Jersey, man who was fatally shot during a carjacking at The Mall at Short Hills in December 2013 has filed a wrongful death lawsuit against the mall, alleging that it had inadequate security measures in place.

According to The Star-Ledger, Dustin Friedland and his wife, Jamie, were getting into their 2012 Range Rover, which was located in the mall parking garage, when three men approached Dustin in an attempt to steal the car. During the altercation, Dustin was shot. He died later that day at Morristown Medical Center.

"Despite these repeated incidents and the grave threat posed to its shoppers and patrons, several years ago, [The Mall at Short Hills] ceased hiring police officers to provide security at the mall, citing budgetary concerns," the plaintiff's lawyer, Bruce Nagel, wrote in the complaint. "In order to increase profits, the owners and operators of the Mall elected to provide reduced security for its shoppers, patrons and invitees."

If one of your family members has died as a result of an individual's or business's negligent behavior and you live in Missouri, consider finding a personal injury lawyer who will work hard on your behalf. These experienced and locally based professionals can assess your claim, try your case in court and help you recover damages to which you may be entitled.