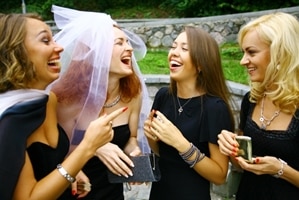 In May, a woman fell to her death while riding a party bus operated by Midnight Express, and her family has filed a wrongful death lawsuit as a result of this tragedy. According to the Kansas City Star, 26-year-old Jamie Frecks was attending a friend's bachelorette party on May 4 in Kansas City, Kansas. Frecks was allegedly "sucked from the bus" when a pair of double doors flew open after the vehicle hit a bump on Interstate 35.

"Companies that transport passengers for hire must follow regulations designed to protect public safety," wrote the attorneys representing the plaintiffs, according to the source. "Those regulations are often dismissed as heavy-handed government intervention. Hopefully, this case will highlight the importance of those regulations and ensure that other companies comply with safety requirements so that future tragedies are prevented."

The Kansas City Star reached out to Midnight Express's attorneys, but they had no comment on the lawsuit.