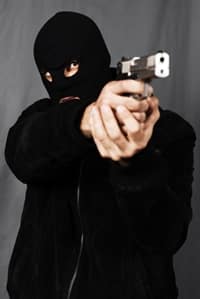 If your loved one has died by someone else's hand, it may be within your legal rights to file a civil lawsuit in addition to any criminal charges that have been brought against the alleged killer. In some situations, it's possible to prove that an individual is culpable in a wrongful death lawsuit even if he or she is acquitted in criminal court. The best way to get this process started is to contact locally based personal injury attorneys.

According to the Atlanta Journal-Constitution, the mother of a woman who was fatally shot on August 29, 2011, has filed a wrongful death lawsuit against her daughter's alleged killer, former Los Angeles Lakers point guard Javaris Crittenton. The source reports that Crittenton has been accused of killing Julian Jones, a mother of four, in an attempt to "retaliate against a rival gang member he believed robbed him at an earlier date."

Roger Orlando, the accident attorney representing the plaintiff, explained that the purpose of the civil lawsuit is to seek punitive damages from Crittenton to help provide for Jones's children.

"It's terribly unlikely he'll have assets to satisfy the complaint," Orlando said in an interview with the news outlet. "There are four beautiful children that need help. If we can recover anything, it will help those children."

If one of your family members has been killed and you're interested in filing a civil lawsuit, the first course of action is to find a personal injury lawyer. These skilled professionals can take on your case and help you recover damages to which you may be entitled.