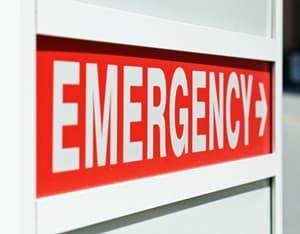 A wrongful death lawsuit has been filed against Allina Health System and New Ulm Medical Center (NUMC) in Minnesota after a man died while under the care of doctors and nurses in the hospital's emergency department on October 25, 2006.

According to The Journal, a local news publication, 45-year-old Veryln Buls – who weighed 400 pounds – was admitted to the hospital with an itchy rash covering a significant part of his body. He collapsed later that day and died despite attempts to resuscitate him. An autopsy revealed that the cause of death was cardiac dysrythmia with underlying coronary artery disease.

The attorney representing the plaintiffs has alleged that Buls's vital signs were irregular and that doctors should have done more to evaluate him.

Dr. Tom Davis, a Park Nicollet Heart Center cardiologist, and Katie Wohlers, a Registered Nurse in the NUMC emergency department, both testified in Brown County District Court on behalf of the defendants. Davis said that doctors followed the appropriate standards of care when they treated Buls, and Wohlers testified that the victim did not convey how ill he was when he was admitted to the hospital.

"He told me he had high stress and [a] rash in recent months but was in no apparent distress other than the rash," Wohlers said. "His oxygen saturation was good, and he was breathing normally. He denied having chest pain. He was a smoker with hypertension history and an elevated heart rate and denied having any allergies."

If one of your family members has died as a result of negligent behavior and you live in Missouri, consider finding a personal injury lawyer that will work hard on your behalf. These experienced and locally based professionals can assess your claim, try your case in court and help you recover damages you may be entitled to.