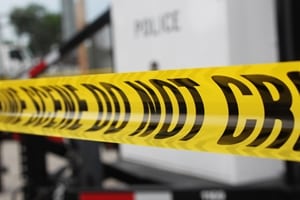 A wrongful death lawsuit filed against the Portland, Oregon, police department that alleges negligent behavior in the fatal shooting of a 21-year-old man is slated to go to trial this week.

In 2012, the 21-year-old was confronted by Portland police officers on top of a downtown parking garage. When the victim allegedly pointed a toy gun at the officers, they responded by shooting the young man to death. This incident prompted the victim's parents to launch a wrongful death case against the Portland police department, accusing the officers involved of acting negligently.

The lawsuit contends that police knew the 21-year-old "was possibly armed and contemplating suicide-by-cop." However, rather than attempting to diffuse the situation according to protocol — talking to the young man from behind cover and requesting back-up from the department's crisis negotiation specialists — the officers instead approached the 21-year-old and kept an unsafe distance. This, the plaintiffs argue, created the conditions for the young man to indulge in committing suicide-by-cop, pointing his toy gun at the officers, knowing full well how they would respond.

The police department's attorneys argue that the officers were not to blame and acted reasonably when confronted with a realistic-looking firearm aimed at them.

"[The victim] knew or should have known that pointing an apparently operable pistol at two armed police officers would cause the officers to draw their weapons, fire those weapons at [the victim] and likely cause [his] death or serious injury," wrote a Portland Senior Deputy City Attorney in an official statement.

This is Portland's first wrongful death case to head to court in over 10 years. Other wrongful death lawsuits filed in the city are usually settled before reaching trial.

If you've lost a loved one that you believe is due the negligence of another party and need to find a personal injury attorney to take on your case, contact The Meyers Law Firm.