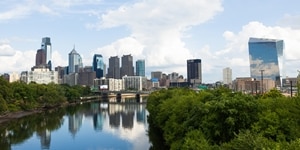 A seventh death is being blamed on a 2013 building collapse in Philadelphia. Prosecutors say that poorly managed construction work next door led to a brick wall falling on a Salvation Army store, burying people in rubble. The family of Danny Johnson has filed a civil lawsuit, saying that the accident directly contributed to the 59-year-old's death of heart disease complications a few weeks later.

Johnson had a pre-existing heart condition and asthma, and suffered mild cardiac arrest while he was trapped under debris and waiting to be rescued. Family attorney Jeff Goodman says Johnson was in and out of the hospital several times between the collapse and the day he died.

"When an individual walks into the Salvation Army as a healthy, breathing individual, and a building falls on him and he has a heart attack, I think the link is pretty clear," Goodman told the Associated Press (AP). "We reviewed all the medical records, and analyzed them, so we could see what turned out to be pretty clear — that Mr. Johnson would still be alive today if not for the collapse and the conduct of the defendants."

Six others died in the incident, while 12 people survived. Johnson had previously been counted as the 13th survivor. Goodman said the victim's wife and five children wanted to wait to file a suit until forensic and autopsy testing was done.

According to the AP, the suit names contractors, a developer and the Salvation Army as being at fault.

If you believe that you or a loved one was injured because of the negligence of a person, organization or company, you may have the right to seek civil damages. Contact the Kansas City injury attorneys at The Meyers Law Firm today.