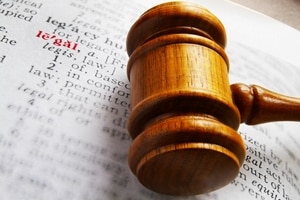 Jeffrey Deskovic was wrongfully convicted of raping and murdering a high school classmate in 1989. Although DNA found on the victim's body did not match Deskovic's, law enforcement officials subjected him to a polygraph test and many rounds of official interviews. After several hours of interrogation, they extracted a false conviction and charged the 16-year-old boy with the crime. He was convicted of second-degree murder and sentenced to 15 years to life.

The Innocence Project obtained new DNA testing in 2006, which led them to Steven Cunningham, a convicted murderer. Cunningham was serving time for killing his girlfriend's sister, a crime committed three years after Deskovic's classmate was killed. He confessed and Deskovic was freed that year.

The wrongfully-convicted man previously settled with Westchester County in New York for $6.5 million, the city of Peekskill for $5.4 million and the state of New York for $1.8 million. He refused to settle with Putnam County and Daniel Stephens, a retired sheriff's investigator who Deskovic holds personally responsible for his imprisonment. He claims Stephens fabricated evidence and says he wants to confront the man in a court of law.

"This is my chance to hold people accountable," Deskovic told The Journal News, a news outlet in the lower Hudson Valley. "I want to fully expose everything […] That can't happen giving interviews or settling [the lawsuit]."

If you believe you have been the victim of malicious or dishonest behavior on the part of law enforcement officers or prosecuting attorneys, you may have the right to a civil jury trial. Contact the free consultation lawyers at The Meyers Law Firm. We can assess your claim and help you recover any damages to which you may be entitled.