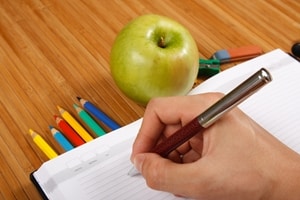 The family of a 7-year-old California girl has filed a civil lawsuit against a YMCA worker for alleged child molestation. The 20-year-old employee, the YMCA Silicon Valley and the Mount Madonna YMCA are all named in the suit. The family is seeking unspecified damages.

The Santa Clara County District Attorney's office has also brought separate criminal charges against the employee, accusing him of molesting four girls under the age of seven while they were under the care of the YMCA. He pled not guilty and is awaiting a preliminary hearing.

The civil complaint alleges negligence and intentional infliction of emotional distress on the part of the YMCA, stating that the organization allowed the worker to act as the sole supervisor of children, even though he was not authorized to do so under California law or official policies of the Y.

"[He] had been constantly violating these rules," attorney Robert Allard told local TV station KTVU. "[He] had been given access to young kids. [He] had been basically doing what he wanted to do with them without really any supervision whatsoever."

According to news outlet SF Gate, YMCA employees had voiced concerns about staffing levels in the area several weeks before the child referred to in the civil suit was allegedly abused. They were reportedly fired, and have filed separate wrongful termination and whistleblower lawsuits against their former employer.

If you believe your family member was harmed in part because of the negligence of an individual or organization in Missouri, you may have the right to seek damages on your loved one's behalf. You should contact experienced personal injury lawyers as soon as possible. The Kansas City attorneys at Meyers Law Firm can assess your claim and help you recover any civil damages to which you may be entitled.