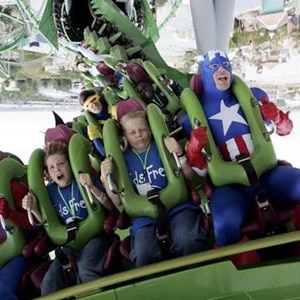 A personal injury lawsuit involving a 3-year-old from Houston who was hurt during a carnival ride has been settled. According to online sources, the victim, Kalyn Pennygraph​, attended the Houston Livestock Show and Rodeo with her mother last March. While on the Techno Jump, she was catapulted six to eight feet into the air before hitting the ground. She reportedly suffered from various cuts and a concussion.

Shaniea Pennygraph, the victim's mother, submitted her complaint against the carnival ride's operating company, Ray Cammack Shows. She and her attorney sought damages for "medical care, physical pain and mental anguish, as well as current and probable future physical impairment.''

''While mobile amusement rides have strict safety regulations in place, parents need to be vigilant about what rides their children go on," said Waxahachie personal injury attorney John Hale, according to press release website Law Firm News Wire. It is unclear whether he represented the plaintiff in this case. ''This is especially true for younger children, who may not understand the risks they may be taking.'''

Ray Cammack Shows require individuals to be at least 48 inches tall if they go on a ride alone and 42 inches if accompanied by someone who is at least 16 years old. Following the March incident, officials began questioning the safety of carnival rides. The day that Kalyn was injured, she boarded the attraction with just her brother, not her parents.

If you live in Missouri and have been injured because of a business' negligence, then consider finding a personal injury lawyer. You don't deserve to be a victim any longer. The experienced and locally based professionals at The Meyers Law Firm can assess your claim, try your case in court and help you recover damages you may be entitled to.