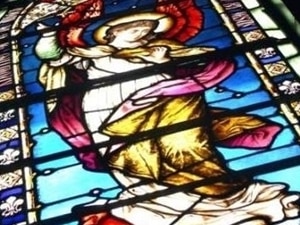 A Mississippi bishop has found himself at the center of a sexual harassment lawsuit after a former employee filed a lawsuit against him and his church in June 2011. Jamila Slaughter has alleged that Kevin Wright acted inappropriately toward her for almost one year while she was working as an administrative assistant for Word of Faith International Christian Center.

According to the suit, Wright began showing his affection for the plaintiff in December 2008 when she accompanied the bishop on a service trip to South Africa. Slaughter told her attorney that Wright insisted that she and her kids could benefit from letting him take care of them. The plaintiff said that she wasn't romantically interested in him because she was already married and had five children.

The former church staff member also claimed that Wright summoned her into his office where he kissed her on the mouth. Again, she said that she was not interested in pursuing a relationship with him, but his advances persisted. She even alleged that he touched her inappropriately, wrote her love notes describing his feelings for her and bought her a shirt.

The Associated Press reported that Wright was let go in September 2011 "due to his moral failure." He was specifically blamed for misappropriating the church's funds.

A settlement conference is purportedly scheduled for April 10 in U.S. District Court in Jackson. The details regarding the compensation that Slaughter is seeking have yet to be released.

If you live in Missouri and have been the victim of someone's inappropriate conduct at work, then consider scheduling a consultation with a Kansas City lawyer. These experienced and locally based professionals can assess your claim, try your case in court and help you recover damages you may be entitled to.