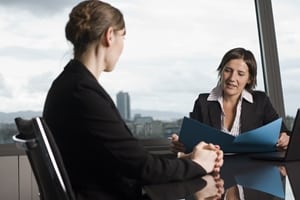 Eight years after allegations were made against a Chicago-area staffing agency about gender discrimination and sexual harassment, the Equal Employment Opportunity Commission (EEOC) has concluded the case with a pair of settlements totaling $800,000 in damages.

The EEOC began an investigation into Source One Staffing Inc. in 2007, based on complaints of sexual harassment and discrimination in the workplace. In 2001, the commission formally filed litigation against the staffing firm, accusing it of:

The EEOC argued that all of these charges constituted violations of Tittle VII of the Civil Rights Act of 1964 when it brought about a $54 million class action lawsuit against Source One. But now, eight years since the allegations were launched, the staffing agency has agreed to a settlement in which it will pay out $70,000 to the aforementioned retaliation victims and disperse $730,000 among female employees who were discriminated against for certain job responsibilities.

"The EEOC determined that Source One violated federal anti-discrimination law in multiple ways, which was alarming, and clearly required serious EEOC action," Julianne Bowman, director for the EEOC's Chicago office, said in a press release. "Further, staffing agencies must understand that they are not immune from enforcement of federal anti-discrimination laws. This decree sends a strong signal to other staffing agencies that if they engage in discrimination — especially several different kinds of it — it will come at a high cost."

If you've been the victim of gender-based harassment in the workplace, contact The Meyers Law Firm. Our employment discrimination lawyers can review your claim and determine your next steps for legal action.