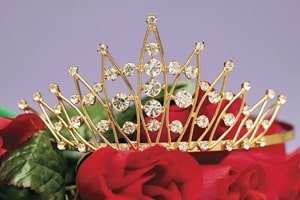 A sexual harassment lawsuit has been filed by a former Native American beauty queen who alleged that her former employer acted inappropriately. According to various online sources, Ashley Haywood, who is part of North Carolina's Lumbee Tribe, was the target of explicit comments and gestures made by housing authority head Reverend Jimmy Hunt.

During the period that she worked for the defendant, he purportedly touched her and asked her private questions, even though she made it clear she was not interested in pursuing a romantic relationship with him. Haywood was eventually fired after she complained to her tribe elders. She was told that it was not her performance that resulted in termination, but rather "other things," according television news station WBTW 13. Another allegation in the complaint is that the Lumbee leaders failed to take proper disciplinary action against Hunt.

The plaintiff filed the suit last October in a Mecklenburg County Court House. In addition to submitting the complaint, Haywood filled out paperwork with the Equal Employment Opportunity Commission. Her lawyer believes the case will go to trial in the next month. The amount of compensation the Lumbee tribe member is seeking has not be made public.

The former beauty queen's attorney said that the main reason she wanted to come forward is to ensure this doesn't happen to other women. Since October, the defendant has reportedly declared bankruptcy.

If you have been the victim of sexual harassment and live in Missouri, then consider scheduling a consultation with someone that will work hard on your behalf. The experienced and locally based attorneys at The Meyers Law Firm will assess your claim, try your case in court and help you recover damages you may be entitled to.