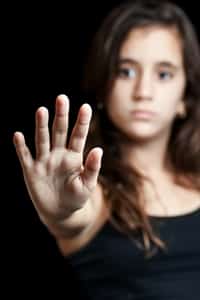 A former employee of the retail chain Urban Outfitters is suing the New York City location she worked at for ignoring complaints that customers were sexually harassing her and other employees.

Tatiana Swiderski, 25, worked at the Fifth Avenue location of Urban Outfitters in NYC, between September and December of 2013. She reported several instances of harassment from both management and customers, before a formal incident in November when security escorted a man with a video camera out of the store for reportedly trying to film up the skirts of Swiderski and another employee. Following this incident, security had to escort another man out of the store for allegedly sexually assaulting her. Swinderski told the media that both incidents were downplayed by the security guards involved, who also refused to call the police.

Following complaints about the incidents, Swiderski reported that she was also moved to the stock room, which she felt was a "punishment" for complaining about customers.

She voluntarily left her position at the retailer several weeks later.

Swiderski is now suing her former employer for its failure to properly handle both the alleged harassment and assault, as well as retaliation. The chain has responded that it is investigating the claims, which it takes very seriously. Swiderski reports that the incident has left her scared to go out alone, especially at night.

If you believe you have been the victim of sexual harassment or wrongful termination, lawyers at The Meyers Law Firm can help you recover any civil damages to which you may be entitled. Call for a consultation today.