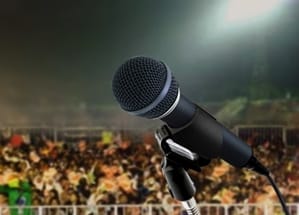 Sexual harassment, whether verbal or physical, is the kind of behavior that should never be taken lightly. That being said, if you feel that you have been victimized by an employer, it is in your best interest to find an affordable lawyer who will listen to your story and help you seek the justice you deserve.

According to The Detroit Free Press, 32-year-old Andrea Pellegrini, the former publicist for musical group Insane Clown Posse, has filed a sexual harassment lawsuit against the rap duo and their record label.

The source states that the victim has alleged "wrongful termination, harassment, retaliation and infliction of emotional distress" over the course of the three years during which she was employed by Psychopathic Records. Additionally, she claims that she was "asked to perform legal work she considered unethical."

Pellegrini's attorney, Jonathan Marko, said that his client didn't want to file a lawsuit for fear of being "blacklisted in the industry," reports the news outlet, and added that she is undergoing counseling as a result of the situation.

Insane Clown Posse and Psychopathic Records claim that the Pellegrini's allegations aren't true and insist that she was fired for poor job performance.

If you live in Missouri and have been the victim of sexual harassment, wrongful termination or gender discrimination, you may be able to take a stand against the perpetrator. Consider scheduling a consultation with an affordable lawyer in Kansas City to get this process going. These experienced, locally based professionals can assess your claim, try your case in court and help you recover damages to which you may be entitled.