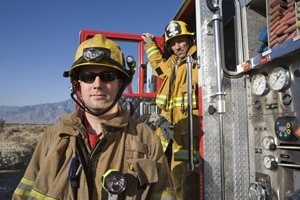 An ex-firefighter who sued the Franklin, New Jersey, fire department for sexual harassment has been awarded a settlement package of $50,000 in damages.

Local news source NJ Advance Media reports that Courtney Jackson had been a volunteer with Franklin Community Volunteer Fire Station 25 from March 13, 2012 to June 24, 2013, at which point she claims she was "retaliatorily discharged" from the department for filing a sexual harassment complaint against her supervisor, then-Assistant Chief Chris Calvo. According to Jackson's lawsuit, Calvo and other volunteer firefighters routinely made sexually explicit remarks about either her or women in general, on one occasion even making "an obvious reference to [the] plaintiff's genitals."

Jackson subsequently submitted letters to top-ranking Community Fire Department officials that accused Calvo of sexual harassment, which he learned of and reportedly was prompted to make even more disparaging and profane comments about Jackson. When she then complained about that incident to upper management, she was terminated from her position.

On November 13, 2013, Jackson launched a lawsuit against the station and its deputy chief, who is also Calvo's father. A year and a half later, the station settled the case for $50,000 paid out to the plaintiff.

No one should have to put up with sexual harassment in the workplace, and losing your job for raising complaints about it is especially egregious. If you believe you've been the target of such harassment or wrongful termination, schedule an appointment with The Meyers Law Firm. Our expert team of Kansas City attorneys can assess your claim, go over your next steps for legal action and fight for any compensation you may be owed.