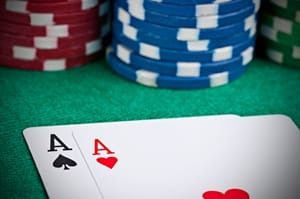 When you go to work, you should be able to feel like you're entering a safe environment. That being said, if anyone at your place of employment makes you feel uncomfortable about yourself sexually, you may have grounds to seek legal action and hold responsible parties accountable, so it's in your best interest to consult an affordable lawyer immediately.

According to Cleveland.com, 50-year-old Barbara Holtz, a former card dealer at Horseshoe Casino in Cleveland, Ohio, has filed a sexual harassment lawsuit against the establishment and three of her supervisors.

Holtz claims that shortly after she was hired in March 2012, a regular customer and his friends began sexually harassing her. The inappropriate behavior purportedly included propositioning her for sex and making derogatory comments. Holtz alleges that she complained to her supervisors multiple times and even asked to be moved to a different table, but was retaliated against and eventually fired in April 2013.

"Sexual harassment, regardless of whether it originates from bosses or high-paying gamblers, should not be tolerated in today's workplace," said the victim's sexual harassment lawyer, as noted by the news outlet.

If you live in Missouri and have been the victim of sexual harassment, wrongful termination or gender discrimination, you may be able to take a stand against the perpetrator. Consider scheduling a consultation with an affordable lawyer in Kansas City to get this process going as soon as possible. These experienced, locally based professionals can assess your claim, try your case in court and help you recover damages to which you may be entitled.