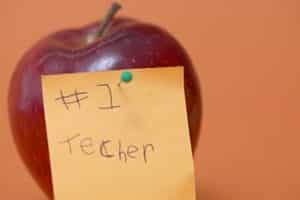 After two women filed a sexual harassment lawsuit against former Santiam Canyon School District Superintendent John Yates, one of the plaintiffs made the decision to submit a federal complaint against the Oregon district and Yates on January 23. Jinger Aerni says that she was exposed to “intentional infliction of emotion distress, a hostile work environment, negligence and battery.”

The nearly 20-page lawsuit contends that Yates took advantage of his position of authority that he had over Aerni when she was employed with the district, which serves Mill City, Gates, Detroit and Idanha, and is positioned in both Marion and Linn counties. Aerni began working as a substitute teacher for children with special needs and in the cafeteria during the 2007 school year. Court documents revealed that she said Yates’ alleged inappropriate behavior continued into 2012.

The plaintiff claimed that the defendant not only pulled her into his chest and gave her wet and open-mouth kisses but stroked her genitals as well. Aerni said that she made a conscious effort to let the former superintendent know that she was not interested in becoming romantically involved with him, but he did not listen. When she complained about his advances, the district purportedly fired her and refused to hire her for any more substitute teaching jobs.

News sources have not revealed the amount of money that she and her attorney would like to recover and no trial date has been set.

If you have been sexually harassed and live in Missouri, you may want to consider hiring a lawyer in Kansas City. These experienced and locally based attorneys can assess your claim, try your case in court and help you recover damages you may be entitled to.