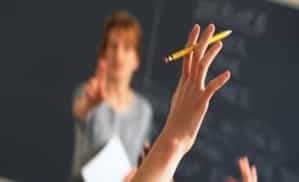 A former Tennessee teacher is suing the district she worked for after she was allegedly sexually harassed by the ex-principal. Teresa Kemmer submitted her complaint in United States District Court for the Middle Tennessee District of Tennessee and named Cumberland County Board of Education as the defendant.

According to sources, Kemmer was hired by the Phoenix School in 2008. Shortly after she began working, Rocky Zazzaro purportedly began his inappropriate behavior. Although his comments were not made public, local online newspaper The Crossville Chronicle did say that Kemmer reported the accused perpetrator’s behavior to her supervisor. However, court documents revealed that her superior never started any investigation into her claims.

An appointment was then scheduled, although it is not clear by whom, but administrators failed to question Kemmer about the harassment. She then requested to move schools, but was told that because money was tight, she would not be granted a transfer. The plaintiff’s lawyer also contested that his client allegedly said that she was told “that if she wanted a job, she needed to stay where she was.”

Kemmer’s complaint argues that Zazzaro’s behavior affected all aspects of her job and emotional and physical health. She is suing for $300,000 in compensatory and punitive damages as well as lost wages and attorney’s fees.

If you have been the victim of sexual harassment and live in Missouri, you may want to consider scheduling a consultation with a Kansas City lawyer. These experienced and locally based professionals will work hard on your behalf to get you the justice that you deserve. They can assess your claim, try your case in court and help you recover damages you may be entitled to.